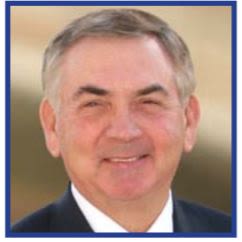 Everyone knows divorce can be difficult for children, but we also know that adversity can make us stronger in the long run. Is it possible, then, for divorce to actually enable children to grow? The answer is yes—when parents show kids that people can work through their differences with respect.

A typical divorce is tough on children. The children see two people they love caught up in a fight with each other. They often hear one parent making negative comments about the other, and they frequently feel they have to choose sides. That hurts, but what hurts even more is that, in the long run, kids who see their parents turn differences into disrespect often learn that even loving relationships can’t be trusted—and that unfortunate lesson can last a lifetime.

What does it take to turn divorce into a helpful learning experience for children rather than a destructive chapter in their lives? It takes parents who are dedicated to putting their children’s interests first—and it takes a legal system that supports this positive approach. I’ve found there are three important ways to support this mindset.

First, focus on the big picture. Dissolving a marriage can often seem like a battle or a zero-sum game, and many people approach it as if they need to win. But the truth is, no one “wins” in divorce if the children lose. The real goal should be to create a long-term plan where the children will be happy, healthy, and cared for, which means all the little details—who gets what, and whether Tuesdays are more important than Thursdays— don’t really matter.

I remember one husband and wife who were completely focused on making sure the other parent didn’t get any “extra” time with the children. So when an opportunity came up for the father to take the kids to a baseball game with his co-workers, the mother stepped in and said no—it was her night. The father was upset, of course, but even worse off were the kids, who had no choice in the matter. They were being cheated out of great time, all because their parents had decided to focus on a few petty scheduling details instead of the bigger picture.

Second, get help with the emotional issues. Divorce naturally brings emotions to the surface, but holding on to anger—and the fear that anger brings—can prevent people from focusing on what they really need to do. In collaborative family law, we know that a therapist—or a “coach”— can be an essential part of moving through the divorce by moving past the anger, so we have participants consult with a counseling professional to work through those issues outside of the litigation procedure itself. That way the participants can come to problem-solving sessions ready to work on the agreement, not act out their emotions.

And third, learn to respect the other parent again, or at least to behave respectfully. Showing insensitivity not only forces children to choose sides—a position that’s uncomfortable and unhealthy for them—it also backfires on the parent who’s being inconsiderate. Kids who hear unfeeling complaints from their parents don’t think “Wow, those comments must be true”; they think “Wow, that sure is unkind,” and they file away yet another negative example of how people react to stress.

One of my biggest grievances with the classic divorce process is that not only parents, but legal practitioners and judges themselves, sometimes become accusatory and start laying blame. They often want to make a point or prove the other party made a mistake—but when they do so, they’re actually tearing down the foundation for the future. Ideally, we want to build that foundation as positively as we can.

When people approach divorce as nothing but a battleground, there are going to be casualties—and often, those casualties are the children. But when parents approach the divorce process collaboratively, with their focus on the best possible outcome rather than getting into a battle of destruction, the children learn that they, too, can handle life’s difficulties with strength and aplomb.